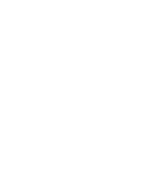 How to put money on an inmate phone account?

Inmate Phone Account: This option puts the inmate in control of their phone account. They will be able to purchase time from the commissary, which they can then use to call family members and friends.

Family Members and friends may also be able to purchase phone time for an inmate’sphone account via NCIC by selecting “Add funds to the inmate's phone account” through NCIC.com. Once the payment has been made, the amount is credited to the detainee and maybe used to make phone calls and messaging to any allowed phone number. Inmates can call any approved phone numbers, including cell phones, with their inmate phone account.

For any questions regarding our calling options, family members and friends should call NCIC at 800-943-2189

Note:  Not all facilities allow Inmate Phone Account deposits via NCIC. In this case the inmate may be restricted to purchasing time from the commissary.